So I got a chance to write because of being sick! Well I take what I get! I was thinking what about, not very hard.. then I realized, I haven’t written yet about the trip to Edinburgh where I was in September with my mum !

It is kind of a magic place and I guess one of those places where I would feel good.. maybe until everyday-rain and -wind like I had in Netherlands but still it would be cool.

Still we got some pretty big gift from the Mother Nature .. for our 5 days we got 4 sunny ones which is not really often there.. 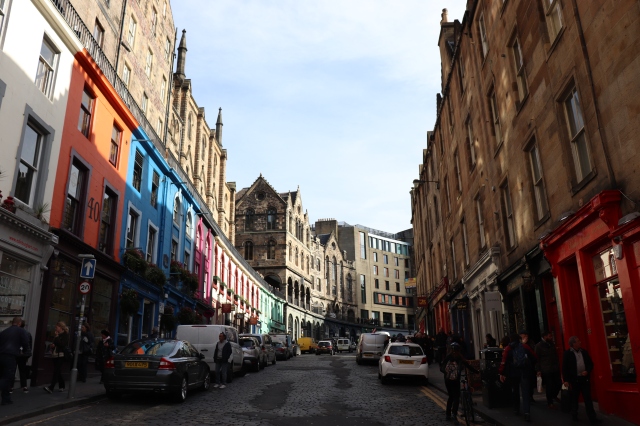 First of all don’t forget about that, that they have special plugs there and you need the adapter if you are from Europe or US or whatever.. well it’s Great Britain and they are in more ways special than just only that 🙂 I suppose I should mention about the right of way which is on the left… so I almost went into a car because I looked to the wrong way of the road trying to get to the other side…

It’s is actually Scotland but they are a piece of a United Kingdom so.. well i’m still confused, better ask Scotts. Anyways it seems they feel very Scottish but also well, being a part of this patchwork 😀 long live the Queen. By the way you can see the Royal Yacht Britannia on the coast in Edinburgh.. I did not get to that but I guess its nice.  I saw it though from the Arthur’s Seat – a highest Hill in the city, which has also something to do with an extinct volcano. We also got a rainbow.. no leprechauns but still pretty.

Then we saw of course the Castle on the Hill and it’s quite huge and quite high..and they sell whisky up there if you are a fan.. I am not so much…for me a beer please 😀 which is also good I must say…

We also visited some cemeteries like it was an everyday entertainment but believe me or not the are quite interesting and powerful.. what I know, J.K. Rowling took some names from one of those to create her characters for Harry Potter. By the way in the coffee shop (named Elefant I think…) where she wrote first 3 books I found the best sign ever :

Ok but back to Edinburgh.. we ate some good Scottish breakfast which is also I think an English breakfast but how would I know ..and we saw some cute streets and art galleries with some funny pics..(until now I regret not buying this one:)

and some guys in kilts and you can buy a wand or some other stuff from the diagonal alley (if you know Harry Potter you know..)

but what I find the best is calling J. form the telephone box. Old fashion way ! And the National Museum of Scotland. It rocks, it is so huge and no boring at all and even the building inside is great so I would really recommend if you are there in Edinburgh. 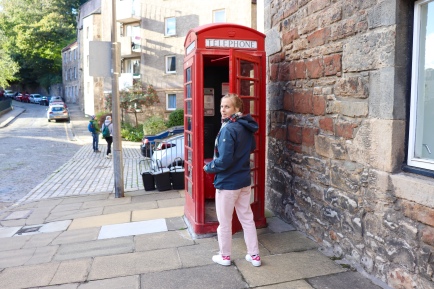 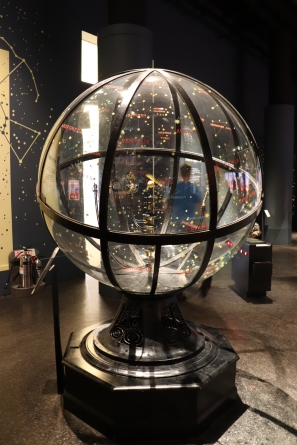 all in all, great place !

what I would still like to see is the Scottish countryside with castles on the shore… you know.. like in postcards 🙂